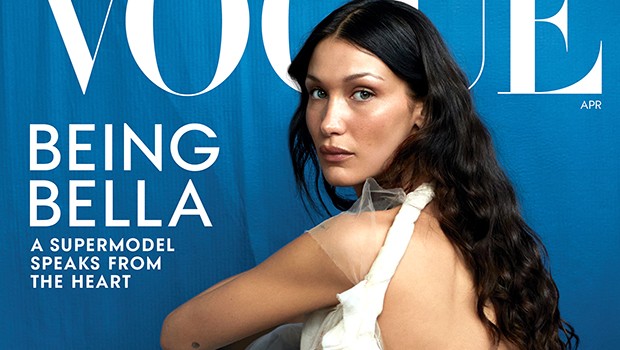 In ‘Vogue’s new cover story, Bella Hadid explains why she regrets getting a nose job as a teenager. She also clarifies any other plastic surgery procedures she’s had done.

After denying getting plastic surgery for years, Bella Hadid finally admitted she got a nose job at age 14. “I wish I had kept the nose of my ancestors,” the 25-year-old model said in Vogue‘s April 2022 cover story, published on Tuesday, March 15. “I think I would have grown into it,” she added.

Although Bella completely owns the fact that she altered her nose as a teen, she still insists that she hasn’t gotten any other plastic surgery done. “People think I fully f***ed with my face because of one picture of me as a teenager looking puffy. I’m pretty sure you don’t look the same now as you did at 13, right?” she told Vogue.

The gorgeous brunette went on, “I have never used filler. Let’s just put an end to that. I have no issue with it, but it’s not for me. Whoever thinks I’ve gotten my eyes lifted or whatever it’s called—it’s face tape! The oldest trick in the book.” Bella told the outlet she’s had “impostor syndrome where people made me feel like I didn’t deserve any of this.” “People always have something to say,” she added, “but what I have to say is, I’ve always been misunderstood in my industry and by the people around me.”