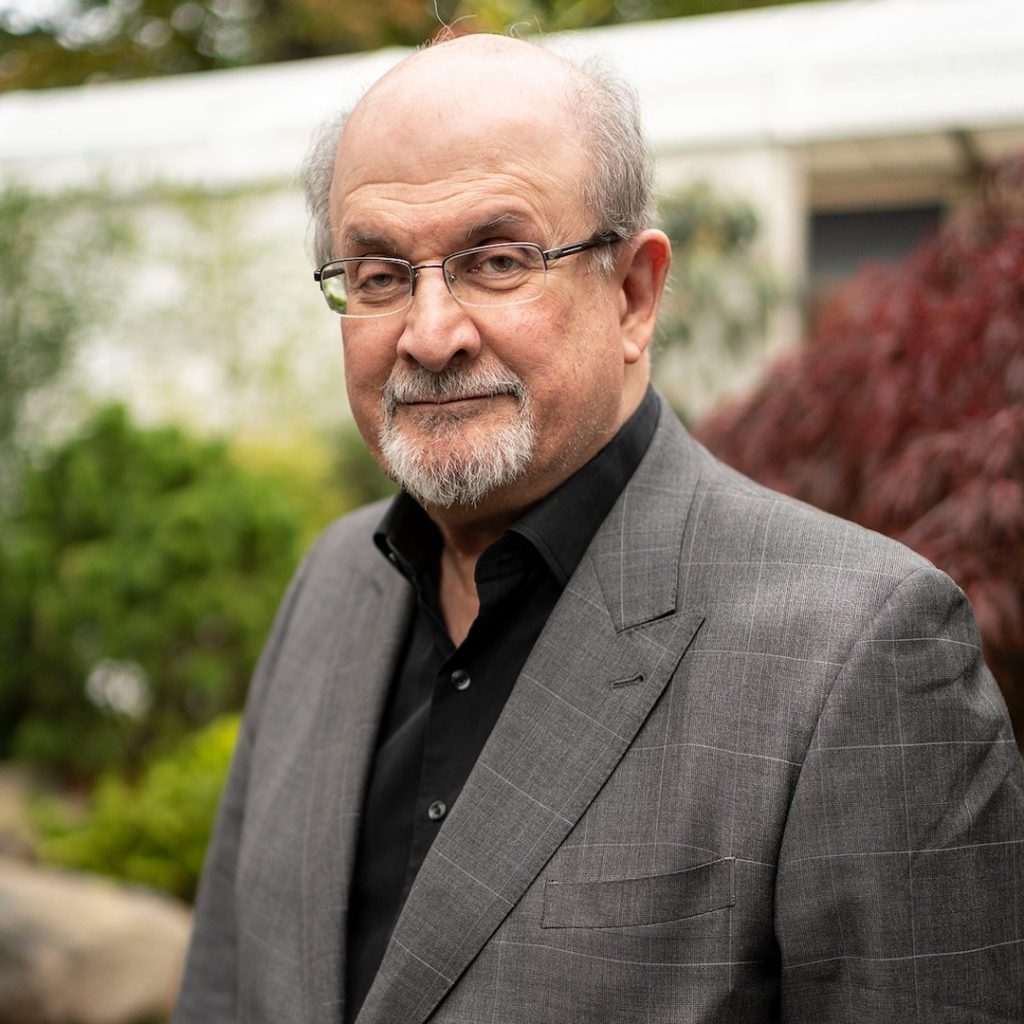 The Satanic Verses author and ex of Padma Lakshmi was about to speak at the Chautauqua Institution when a man attacked Rushdie and an interviewer, according to a press release from New York State police. “Rushdie suffered an apparent stab wound to the neck, and was transported by helicopter to an area hospital,” authorities noted. “His condition is not yet known. The interviewer suffered a minor head injury.”

Authorities also shared that a State Trooper assigned to the event immediately took the suspect into custody while the Chautauqua County Sheriff’s Office assisted at the scene.

E! News has reached out to Rushdie’s rep for comment but has yet to hear back.

Over the years, Rushdie’s work has made headlines around the world—and has been steeped in controversy. In fact, The Satanic Verses, his fourth novel, was banned from Iran in 1988. A year later, in 1989, Iran’s Ayatollah Ruhollah Khomeini issued a fatwa calling for the execution of Rushdie. After this, according to the New York Times, Rushdie, 75, spent a decade under police protection.

In addition to his work, Rushdie has also made headlines over the years for his personal life, including his marriage to Lakshmi from 2004 to 2007.

Prior to his relationship with the Top Chef host, Rushdie had been married three times.

His first marriage was to Clarissa Luard in 1976. Three years later, the couple welcomed a son named Zafar. Rushdie and Luard went on to split in the ’80s.