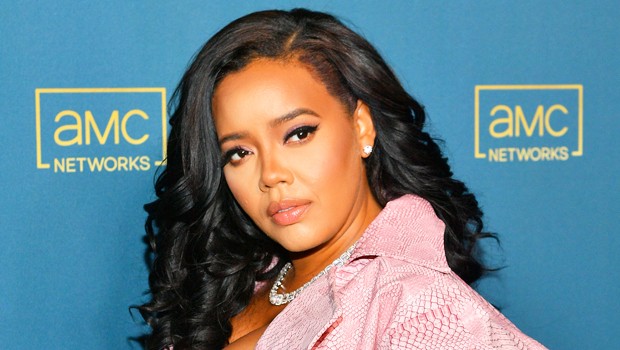 Angela Simmons was reportedly emotional while testifying in court at the sentencing for her ex-fiancé’s killer, Michael Williams. Sutton Tennyson was murdered by Michael in Nov. 2018 at the age of 37, leaving behind Angela, 34, and their 5-year-old son, who is also named Sutton. At the April 15 court date, Angela tearfully revealed in her testimony that her son “constantly asks” when her late fiancé “will come back,” according to TMZ.

The Growing Up Hip Hop reality star also said she cries “all the time” about how excited Sutton Sr. was to raise their son before his death. Angela further added in her testimony that her son “will carry” on his father’s legacy, per TMZ.

Angela spoke just before Michael’s sentencing. The convicted murderer got life in prison for killing Sutton, as well as an additional 15 years for possession of a firearm by a convicted felon, according to TMZ. He is reportedly eligible for parole after serving a minimum 30 years in jail.

Sutton was found dead on November 3, 2018 by police in his garage with multiple gunshot wounds. He’d reportedly been having an argument with a man in his driveway. Several days later, Michael surrendered himself to the Atlanta Police Department and was charged with murder, aggravated assault with a deadly weapon and possession of a firearm during commission of a felony. Michael denied all the allegations.

Angela Simmons with her son at LAX Airport in 2017 (Photo: Shotgetter / AKM-GSI/BACKGRID)