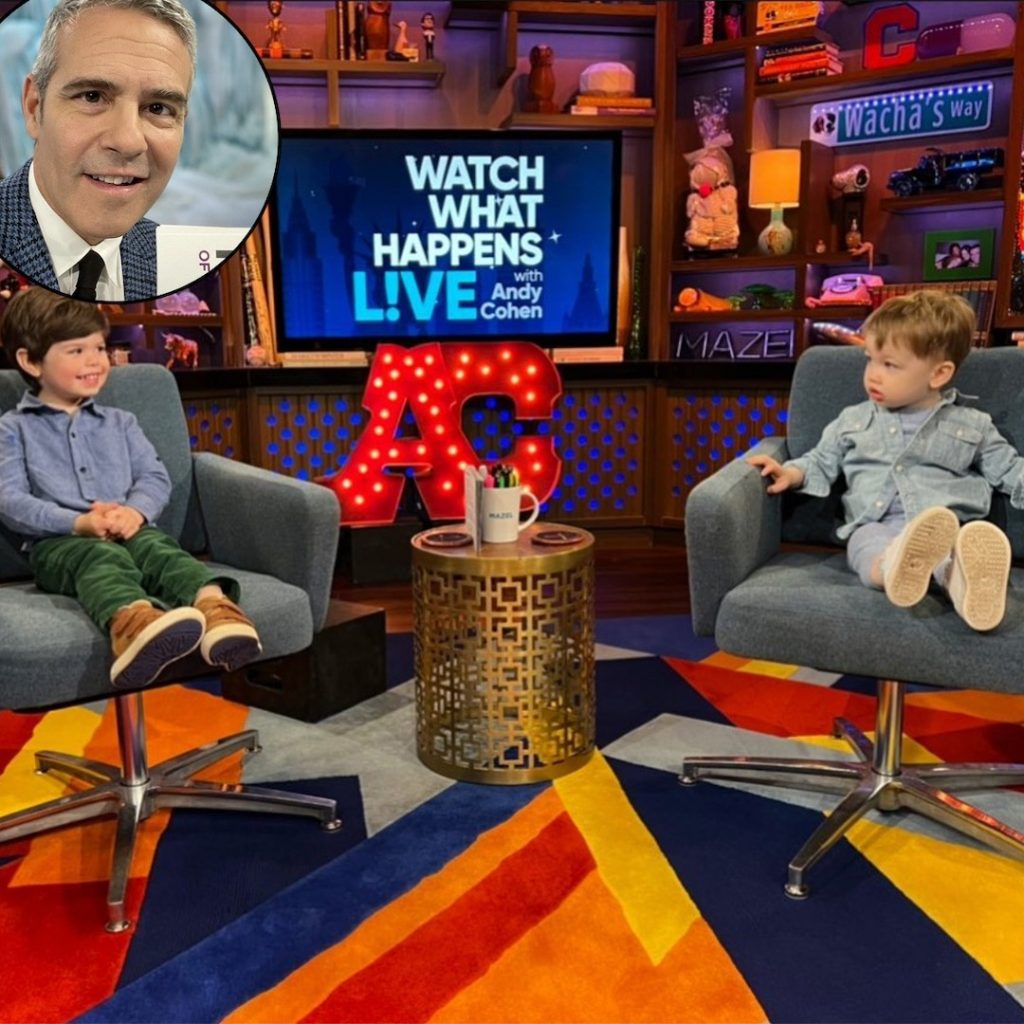 And the award for cutest April Fools’ joke goes to…

Looks like Andy Cohen and Anderson Cooper are passing down their friendship to their sons, as Benjamin Cohen, 3, and Wyatt Cooper, 1, posed for an adorable April Fools’ Day prank photo on Instagram. The post showed the boys taking over the Watch What Happens Live studio for the day.

“New WWHL co-hosts Ben & Wyatt are taking over my show,” reads Cohen’s caption. “Thanks for a great run, Bravo!”

Benjamin already has a knack for hosting, as the toddler looks camera-ready sitting in his father’s hosting chair, with Wyatt ready to answer questions as his guest.

Cooper shared the same photo to his Instagram. “Wyatt dropped by Ben’s show the other day,” his post read. “From the looks of it he wasn’t sure what to make of it.”

The proud dads are always sharing the cutest photos of their kids on social media, often hanging out together in their free time.

Back in April 2021, Cooper recalled one of the kids’ more chaotic play dates in a Jimmy Kimmel Live! interview, as Benjamin put one of Wyatt’s teddy bears in the microwave. Thankfully, no damage was done, but it’s clear Benjamin shares his father’s flair for drama.

Their sons first met virtually during a June 2020 episode of WWHL. “Ben, this is Wyatt Cooper.