An Interview with Singer-Songwriter Bri Fletcher 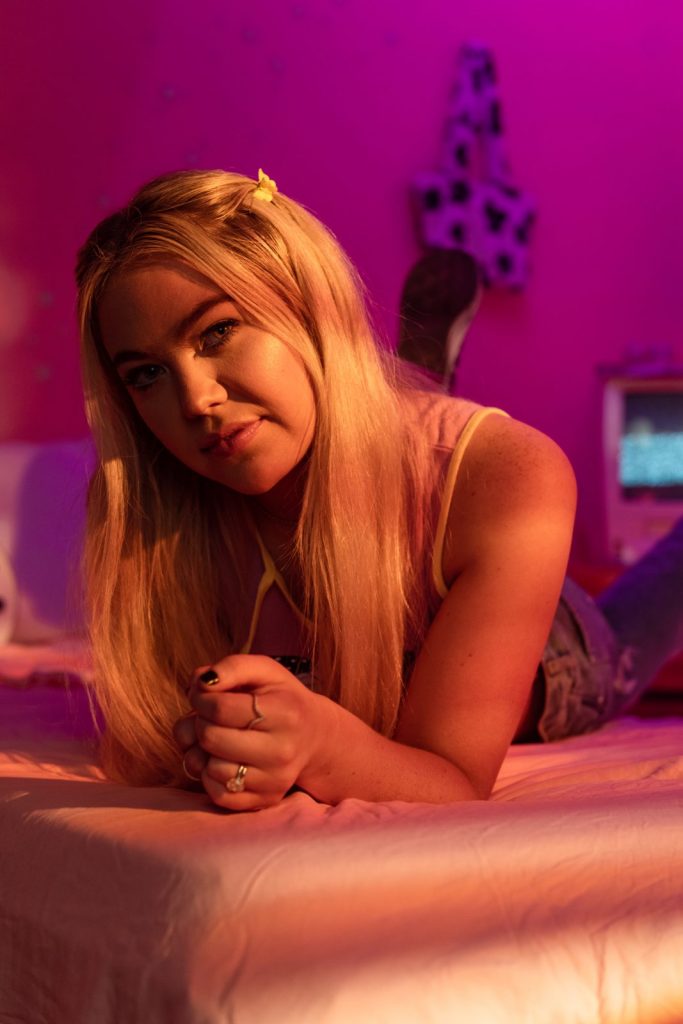 Vocal powerhouse and rising singer-songwriter Bri Fletcher is quickly making a name for herself. The Dallas/Fort Worth native’s work ethic mixed with raw talent and the ability to write straight to the heart songs has readied Fletcher for a bright future. Most recently, Fletcher recruited a group of 17 ladies to work in front of the mic and behind the scenes for an all-female collaboration entitled, “Glow.” The women empowerment track was premiered by Sounds Like Nashville while the music video made its world premiere with CMT.com and CMT Music, and is currently in rotation on the network. The “Glow” release follows several singles released by Fletcher in the past year including show-stopping “Pessimist,” which was premiered by American Songwriter and featured on Spotify editorial playlists – Wild Country, Fresh Finds: Country, New Music Nashville, Young Country and Next From Nashville.

Bri Fletcher has also released mid-tempo track “Therapy” and accompanying music video premiered by Country Now. Bri Fletcher’s “Love Me Back,” a powerful and on brand song, with a music video to match, premiered by World Of Country and CMT Music online. Bri Fletcher released her biggest hit yet, “Everything I’m Not,” with almost half a million streams on Spotify.

As an avid activist for anti-bullying and the force behind her very own Teen Guidance Foundation, Fletcher brings her “Debully” assemblies to schools across the U.S. Determined to use her music to empower and encourage, Bri Fletcher hopes to leave one resounding message: kindness and worthiness for all.

With her single and music video, “Astronaut,” out now, we took some time to hear more from Bri Fletcher. Read below to learn more about Bri Fletcher, the story behind her single, and what’s to come.

Hi Bri Fletcher! Let’s start with how did you get your artist name?

My name that I was born with was Brianna Fletcher, so I just shortened it to Bri

I’m from Fort Worth, Texas, but have lived in Nashville for almost four years now!

I’ve always wanted to do music! I was raised in church with my mom being a worship pastor and always singing, so it was very familiar and natural to me. I started making up my own songs as a kid, but then started actually pursuing a career around 14 years old.

I think growing up in Texas definitely shaped my love for Country music. My mom and both of her parents were gospel singers, and that kind of shaped how I learned to sing as well.

I would say it’s a modern approach to Country music. Strong, but clean vocals with fun melodies and relatable hooks!

I love working out, traveling, interior design, makeup, and shopping for literally anything, haha!

I grew up on Rascal Flatts, Carrie Underwood, and Kelly Clarkson, but newer influences would be like Kelsea Ballerini, Ingrid Andres, Dan + Shay, and Kacey Musgraves.

I would love to go on tour! I think it would be an amazing experience to really connect with my fans.

Now onto your release, “Astronaut.” What inspired this song?

I was inspired to write this song after watching some home videos. I just noticed that in all the home videos of me, as a kid, I was always smiling and laughing, and I thought, dang, that really was the simplest time. But, I would have never known that back then.

What is “Astronaut” about in your own words?

It’s a nostalgic realization that the easiest, stress free times of childhood are passed, but are such a good memory.

How did the music video for “Astronaut” come about? What was your vision for the video?

I really wanted to recreate my childhood bedroom, and we got very close! I also wanted to mix the 90s and early ‘00s because that’s the time that shaped me. I had a vision to dress like my 12 year old self (who very much loved Lizzie McGuire and inspired the outfit) have a tube TV, Paramore Vinyl (who I also loved growing up), and mix in home footage to really capture the nostalgia and let me fans get to know me a little more.

What message do you hope fans take away from your music and from “Astronaut?”

I hope everyone that listens to Astronaut is taken back to a memory in their childhood!

Having my music video for “Glow” being premiered on CMT was a huge goal of mine, and I definitely cried happy tears. And, also reaching over half a million streams on “Everything I’m Not” is a super exciting accomplishment for me!

The greatest lesson that I’ve learned is to enjoy the journey. I use to stress so much about not being exactly where I want to be as an artist, but over the last couple years, I started to intentionally be thankful for every step along the way, and it’s been such a happier time for me to create in.

Yes! I have a few songs in the works right now and even a duet! I don’t have any release dates yet, but [I] always post on my social media when I have new music coming out!

Before you go, let’s ask you something random. What is your favorite food?

Thank you for the great interview, wish you much continued success!