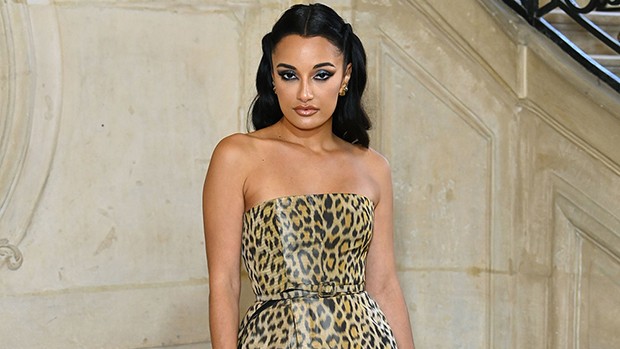 Fashion designer Amina Muaddi spoke out against the rumor that she broke up Rihanna and A$AP Rocky‘s relationship. “I’ve always believed that an unfortunate lie spread on social media doesn’t deserve any response or clarification, especially one that is so vile,” she wrote on her Instagram Stories April 15. Amina went on to call the rumor that she hooked up with A$AP, 34, who is expecting a baby with Rihanna, 33, “fake gossip” that was “fabricated with such malicious intent.”

Amina spoke out after TMZ confirmed the cheating/breakup rumors were false, and that Rihanna and A$AP are still together. Here’s what to know about Amina and her connection to the power couple.

Amina works as a successful fashion designer and shoemaker. She started pursuing fashion as a student at the European Institute of Design in Milan, Italy. She then worked as an assistant stylist for several fashion companies, including Conde Nast, Vogue Italy, and GQ. Amina went on to explore shoemaking and co-founded luxury label Oscar Tiye. She left Oscar Tiye to launch her own brand, Amina Muaddi, in 2017.

Amina was hired by Rihanna to work for Fenty in 2018. She works as the company’s footwear designer and launched the first collection in July 2020. She previously revealed to British Vogue how she first got connected to the “Umbrella” singer.