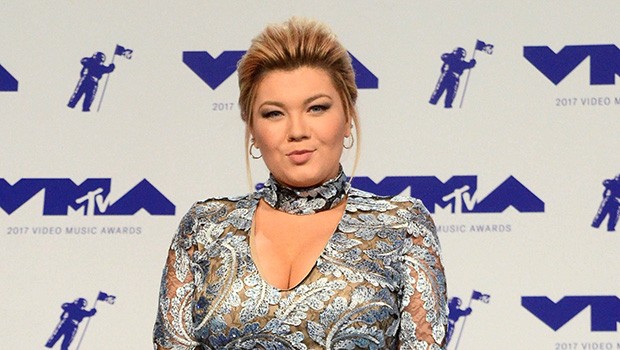 Amber Portwood just released a new memoir about her life experiences and it’s chock full of some very interesting revelations.

Teen Mom OG star Amber Portwood is getting up close and personal in her new tell-all book, So, You’re Crazy Too? The reality star, 31, revealed she was hiding a secret pregnancy and abortion in 2010 around the time she was arrested for assaulting her ex, Gary Shirley, 35, and that Gary was also not the father. “When my ex [Gary] and I had broken up for a while because the fighting was so bad, I was hanging out with a heroin addict and I accidentally got pregnant,” Amber wrote in the memoir.

She continued by noting she knew she couldn’t care for another child, however she was still hesitant about going through with an abortion. “Not being able to handle something and having to terminate a life were worlds apart for me,” she shared. “I finally had an abortion, however it was devastating to me. Again, I do not know why I made the decisions I made during this time in my life.”

Amber also revealed that she was dealing with an opioid addiction at the time of filming the first season of the show, sharing that her drug use contributed to her decision to ultimately go through with the abortion. “I was on drugs and I didn’t know what I was doing half the time,” she wrote. “I had nightmares about abandoning my unborn child. I cried uncontrollably for weeks afterward. I didn’t sleep and I lost a lot of weight.”

She went on to say she heard the person who got her pregnant unfortunately passed away recently,