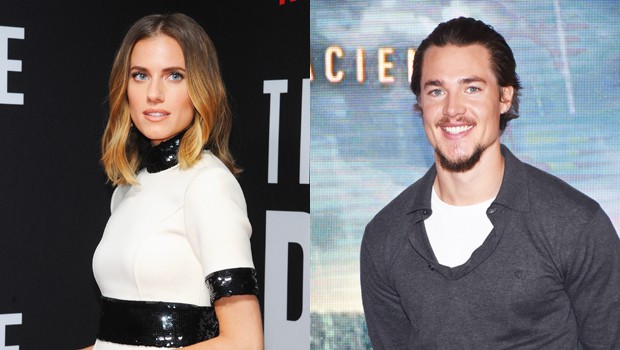 Allison Williams is a mother to a sweet baby boy, and according to a new report, she has been since winter! The Girls star, 34, apparently had a son named Arlo with actor Alexander Dreymon, 39 — and nobody knew they were dating. The couple began dating privately during the pandemic, and welcomed their first child this past winter, according to People. “They seemed to be very happy and very much in love,” a People source said. The source also said that the couple met while filming the 2020 film Horizon Line.

Allison Williams at ‘The Perfection’ screening in New York on May 21, 2019, and Alexander Dreymon at ‘The Last Kingdom’ screening in Mexico City on April 26, 2016. (MediaPunch/Carlos Tischler/Shutterstock)

“They are both private people individually, and they made the decision to keep this happy news to just a small circle of family and friends,” the source explained. “But they’re over the moon.” Allison, the daughter of legendary anchor Brian Williams, was seen with Alexander, Arlo, and Brian in Abaco in the Bahamas recently, and she was reportedly wearing a ring on her ring finger.

A wedding to Alexander, who appeared in recurring roles on American Horror Story and The Last Kingdom, wouldn’t be Allison’s first. The statuesque beauty was previously married to CollegeHumor co-founder Ricky Van Veen, but the two split in 2019, just shy of four years together. Ricky went on to marry Caroline Kassie in July 2021.