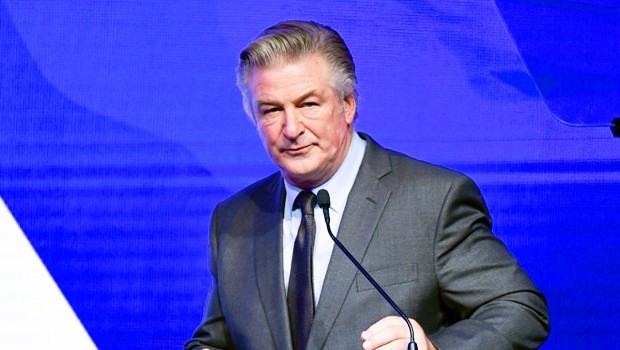 Video from the set of the doomed Rust film has now been released, showing Alec Baldwin rehearsing with the gun that fatally shot cinematographer Halyna Hutchins. In the clip, actually taken by Hutchins moments before she was shot, Baldwin, 64, can be seen practicing a “cross draw” at the mock church at the Bonanza Creek Ranch.

In the footage, which has no sound, Baldwin is seen practicing the move with the gun, pulling it out of his jacket and pointing almost directly at the camera. Hutchins then turns the camera around to fix a setting while Baldwin continues to rehearse. Both Hutchins and director Souza were directly in the line of fire of the gun before it went off.

Souza told investigators previously that he overheard the phrase “cold gun” while preparing for the scene — industry speak that indicated the firearm was not loaded. He added, however, that he couldn’t recall if the crew checked the gun after returning from a lunch break before shooting the scene.

The video released by the Sante Fe, New Mexico’s sheriff’s office Monday is part of a number of files being used as evidence in the case to investigate what lead to the firearm mishap. The records also include crime scene photos, body cam footage, dash cam footage, DNA and fingerprint analyses, the medical examiner’s report, plus data extracted from Baldwin’s cell phone.