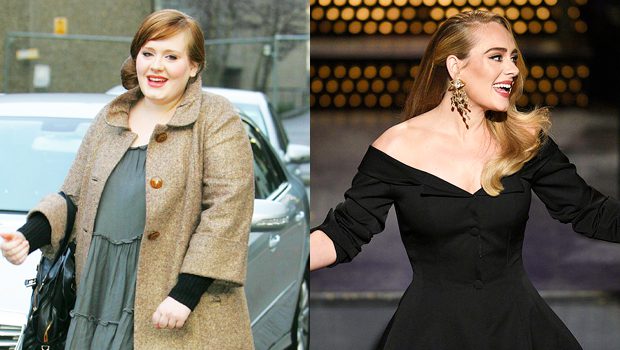 It’s a good time to be Adele! After going through a divorce from Simon Konecki in 2019 — although, she’s said, the breakup happened quite a while before that — the singer has gotten to a solid place, both personally and professionally. She started dating Rich Paul in 2021 and she released her fourth studio album, 30, on Nov. 19, 2021. When she announced her new album, Adele admitted that the time she spent putting the piece of work together was the “most turbulent” period of her life.

However, during that time, Adele put her energy into focusing on herself and her nine-year-old son, Angelo. After changing her lifestyle, Adele was able to shed 100 pounds, and she looks incredible! More importantly than that, though, the singer seems to be her happiest and most confident self in recent months. In a sit down with Oprah Winfrey on Nov. 14th, the superstar admitted that she’s always been “body positive,” even when she was heavier, and that her weight loss was much more about dealing with her anxiety than actually losing weight. “I had terrifying attacks after my marriage,” she said. “ I was paralyzed by them.  I didn’t have control of my body.”

Adele has been open about how her mental health was affected after news of the end of her marriage went public. In an interview with Rolling Stone, she admitted to “an intense few weeks of bed-bound anxiety” during that time. It was this devastating anxiety that pushed Adele to work on her physical strength.