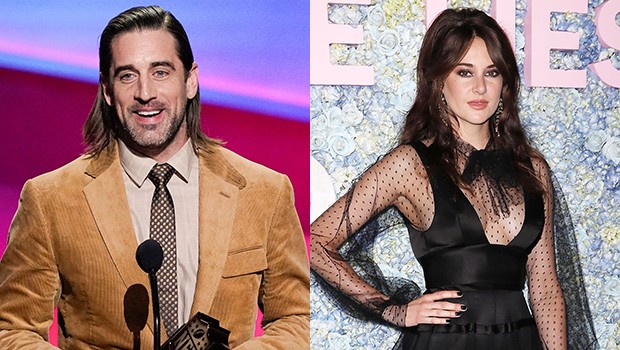 Despite reports of a split in February, Aaron Rodgers and Shailene Woodley continued to fuel speculation that they’re still an item by reportedly attending a wedding together in Montecito on March 5.

Aaron Rodgers was the officiant at this friend and teammate, David Bakhtiari’s, wedding at the Rosewood Miramar Beach in Montecito, California on Saturday, March 5. However, the nuptials were also a date night for the football star, as he brought Shailene Woodley with him to the ceremony, according to Entertainment Tonight. “During the cocktail hour, she lovingly patted his behind as she was seated and he was standing next to her and placed his hand around the back of her neck,” the outlet reports. “On the way to the reception, the pair was walking arm in arm as they made their way to the ballroom.”

This sighting comes less than one month after reports claimed that Aaron and Shailene had ended their engagement after less than two years as a couple. The two have sparked reconciliation buzz on more than one occasion since then, though. On Feb. 24, they were spotted at a market in Los Angeles together, and a fan was even able to snap a photo of them waiting for their items.

Aaron Rodgers and Shailene Woodley were rumored to have split in Feb. 2022. (Mark J Terrill/AP/Kristina Bumphrey/StarPix for HBO/Shutterstock)

While Shailene has kept tight-lipped about the relationship status since the split, Aaron publicly sang her praises in an interview and an Instagram post in February. His words certainly made it seem like things were still going strong between them, or that he was doing everything in his power to win her back. “Thanks for letting me chase after you the first couple months after we met,