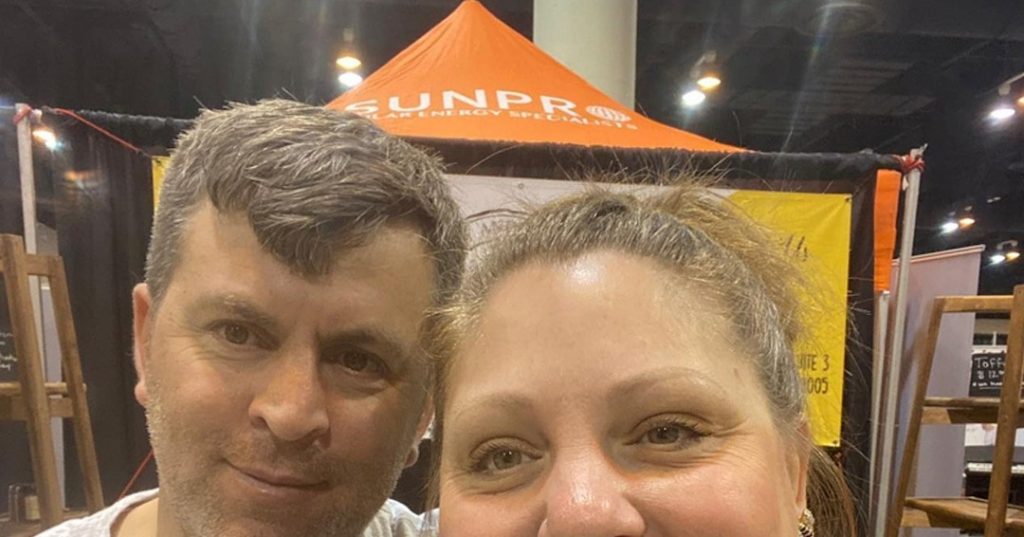 Mursel Mistanoglu and Anna-Marie Campisi’s family got a little bigger.

The 90 Day Fiancé couple, whose love story was documented on the seventh season of the TLC show, welcomed their first child together—a baby boy named Gokhan John—via surrogate on April 11, Anna announced in an Instagram post shared two weeks after the birth. Alongside photos of her son, Anna revealed that the newborn arrived “5 weeks early” from his due date.

Anna—who is also mom to sons Joey, Leo and Gino from a previous relationship—added that the surrogate is “also doing well” following the birth, calling her “an amazing woman.”

In her post, Anna also detailed her journey to Ukraine to meet her son for the first time. According to the Beauty and the Bees founder, she worked with non-profit group Dynamo Project to enter the country from Poland, while Mursel stayed behind since his travel visa would not allow him to cross the border twice.

“If he came with to Ukraine, he wouldn’t be allowed to leave,” explained Anna, who now resides in Nebraska with Mursel. “Thank God for this amazing group Dynamo Project! I didn’t have to go alone. They planned the logistics including travel into ukraine, a safe place to stay while in Ukraine, and travel while inside. They were with me the entire time.”

Anna said she picked up her son in Lviv before being transported back to the border,